Highlights of Day 1 at AGBT

‘Welcome to paradise’, first words by Rick Wilson kicking off the annual Advances in Genome Biology and Technology (AGBT) meeting.  The plenary session began with David Goldstein from Columbia University presenting, “Toward Precision Medicine in Neurological Disease”.  David’s talk began with a discussion of clinical sequencing for neurological diseases, specifically large scale gene discoveries in epileptic encephalopathies. In epilepsy, 12% of patients are ‘genetically explained’ by a casual de novo mutation, which allows for the application of precision medicine. He discussed how a K+ channel plays a key role in at least two different epilepsies and how Quinidine which has never been used for epilepsy, was being used as a targeted treatment. He cautioned that in the literature there are too may correlation studies that don’t really amount to much and as we use genetics to target diseases, it’s critical to perform proper genetics driven precision medicine and not put patients on wrong treatment plans. To better characterize the effects of mutations, he emphasized the need for solid model systems. He also mentioned that he believes truly complex diseases can be tackled with enough patients, numbers matter. To illustrate his point, he described the sequencing of over 3,000 ALS patients to get a clear picture of what genes/proteins have therapeutic importance. At the end of his talk he was asked the old whole genome sequencing (WGS) vs. whole exome sequencing (WES) question and replied that WES was sufficient, as WGS added little due to lack of interpretability. This touched off some debate in the audience and Twitter with regards to Exome-seq and WGS. Highlighted are the advantages of each approach here: https://blog.genohub.com/whole-genome-sequencing-wgs-vs-whole-exome-sequencing-wes/.

The second talk in the plenary session was by Richard Lifton, from Yale and it was titled, “Genes, Genomes and the Future of Medicine”. Richard cautioned the audience, describing the rush to sequence whole genomes as more industry driven than good science, essentially reiterating the point that WGS is hard to interpret. This began a side discussion on Twitter about those who agree and disagree with this sentiment. Most notably, Gholson Lyon referenced two recent papers that demonstrated new ways to make processing of WGS data easier: and that the accuracy of INDEL detection was greater in WGS compared to WES, even in targeted regions. On the cost front, WGS at 35x coverage currently costs $1,750: https://genohub.com/shop-by-next-gen-sequencing-project/#query=ef95a222ca23fc310eedf6de661e4b22 or $3,500 for 70X coverage, while whole exome sequencing costs at 100x coverage are around $1,314: https://genohub.com/shop-by-next-gen-sequencing-project/#query=0d4231a1d12425085f4e284373605acd.  Richard remarked at the end of his talk that not much had been found in non-coding regions, several in the audience challenged him on this assessment.

The third talk in the plenary session was by Yaniv Erlich titled, “Dissecting the Genetic Architecture of Longevity Using Massive-Scale Crowd Sourced Genealogy”. We’ve had the pleasure to hear Yaniv give several lectures in the past, all have been engaging, this was no different. His talk was on using social media to dissect the genetic architecture of complex traits, specifically whether they work independently (additive) or together (epistatic). Predictions of epistasis suggest an exponential increase with added risk alleles. He used geni.com to dissect complex traits in large family trees and validated publicly submitted trees using genetic markers. He encoded birthplace as GPS coordinates using Yahoo Maps and showed migration from the Middle Ages through the early 20th Century. The video he played was amazing, check it out: https://www.youtube.com/watch?v=fNY_oZaH3Yo#t=19. His take home message was that longevity is an additive trait, which is good for personalized medicine. The Geni data he described is open to the public for use.

The fourth and final talk of the night was by Steven McCarroll titled, “A Common Pre-Malignant State, Detectable by Sequencing Blood DNA”. He started by posing the questions, what happens in the years before a disease becomes apparent; cancer genomes are usually studied when there are enough mutations to drive malignancy, do they happen in a particular order? He examined 12,000 exomes for somatic variants at low allele frequency and uncovered 3,111 mutations. Blood derived schizophrenia clustered in four genes: DNMT3A, TET2, ASXL1 and PPM1D, all disruptive. He postulates that driver mutations give cells an advantage, over several years clonal progeny takes over creating pre-cancerous cells. Therefore clonal hematopoiesis with somatic mutations can be readily detected by DNA sequencing and should become more common as we age. Patients with clonal mutations have a 12 fold higher rate of blood cancer, meaning there is a window for early detection, possibly 3 years. This work was recently published in the New England Journal of Medicine: Clonal hematopoiesis and blood-cancer risk inferred from blood DNA sequence.

Today’s sessions were impressive and set expectations high for tomorrow’s talks. McCarroll’s last comment nicely captured this sentiment, setting the tone for the rest of the meeting, “Medicine thinks of health and illness, there is a lot in between that is ascertainable via genome sequencing”. 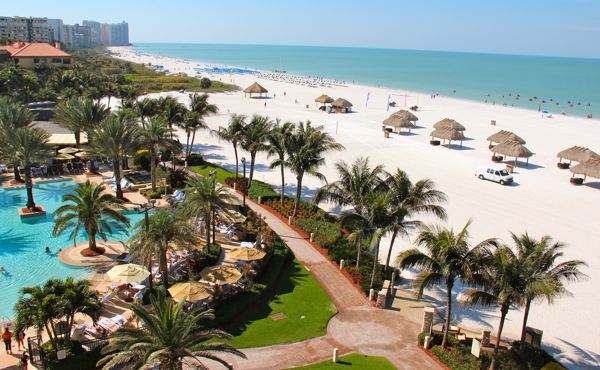 The first day of the Advances in Genome Biology & Technology (AGBT) meeting kicked off with an introduction by Eric Green, Director of the National Human Genome Research Institute. He announced that this 15th annual meeting was the largest ever with 850 expected to attend. The opening plenary session certainly did not look like 850 people in attendance. Winter Storm Pax wreaked havoc on flights coming in from Atlanta and other cities, resulting in several speaker and general attendee cancellations.

The plenary session began with scheduled talks by Aviv Regev, Jeanne Lawrence, Wendy Winckler and Valerie Schneider. Jeanne Lawrence couldn’t make it, which was a shame particularly since she gave a brilliant talk at ASHG on using a single gene XIST to shut down the extra copy of chromosome 21 in Down syndrome. This work was nicely summarized in a publication that came out this summer titled: Translating dosage compensation to trisomy 21.

Aviv Regev and Wendy Winckler’s talks were subject to a blog/tweet embargo (unclear whether Regev’s talk was completely under embargo or only the last half, we’re playing it safe and not discussing it here), leaving Valerie Schneider’s presentation the only one that was tweeted or written about. This instantly created great angst among those attending the lectures, those stuck in airports enroute to AGBT and those at home waiting for in depth coverage.

Single-cell sequencing, considered the “method of the year” by Nature Methods was the basis of the opening lecture. Aviv Regev offered an excellent view of the dendritic cell network based on cyclical perturbations and variations between single cells. Regev’s first half of her presentation titled, “Harnessing Variation Between Single Cells to Decipher Intra and Intercellular Circuits in Immune Cells” was largely covered by her publication in April, “Single-cell transcriptomics reveals bimodality in expression and splicing in immune cells”.

The second talk, by Wendy Winckler was not allowed to be discussed or tweeted according to Winckler, courtesy of Novartis’s communications department. The title of her presentation “Next Generation Diagnostics for Precision Cancer Medicine” wasn’t revealing either. To get an idea of what she’s up to and the direction of her lecture, you can read these recent publications.

The final talk by Valerie Schneider, titled “Taking advantage of GRCh38” began with an analogy to an unwanted pair of socks one receives for Christmas that ends up being used and finally really liked. “It was time for an update….whether or not it was on your wish list”. We were reminded that centromeres are important specialized chromatin structures important for cell division, but because of repetitive regions, they are not represented in reference assemblies. Previous versions of the human reference assembly had centromeres represented by a 3M gap. The latest assembly, GRCh38 incorporates centromere models generated using whole genome shotgun reads as part of the Venter sequencing project. Since there are two copies of each centromere for each autosome, these centromere models represent an average of two copies. She concluded her presentation urging users to switch now: http://www.ncbi.nlm.nih.gov/genome/tools/remap.

After a short break from the talks, the closing reception sponsored by Roche began outside. Halfway through, there was a brief yet sudden Florida thundershower that sent the entire AGBT community scurrying indoors for shelter. That was okay though because the conversations just continued indoors. Looking forward to tomorrow morning’s lectures. Several of the ones we’ve highlighted will be up.